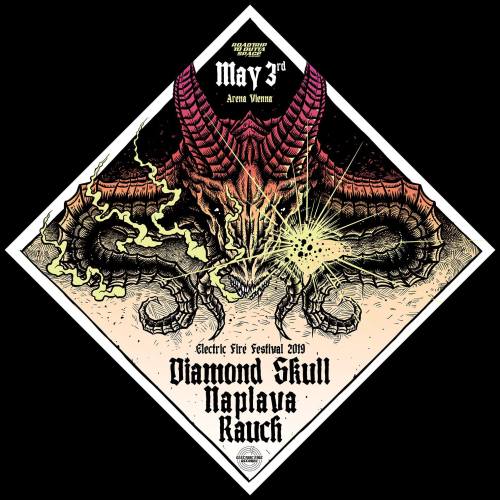 The band consisting of members Thomas (guitar/vocals), Robert (bass), Dragan (guitar) and Jan (Drums).
In 2015, Diamond Skull began recording their debut album „Sleepless“. After the single release of „Cocaine“, their debut album came on the 15th of April 2018 via Electric Fire Records. The Ltd. Edition 12“ Vinyl will be released on the 1st of August 2018. 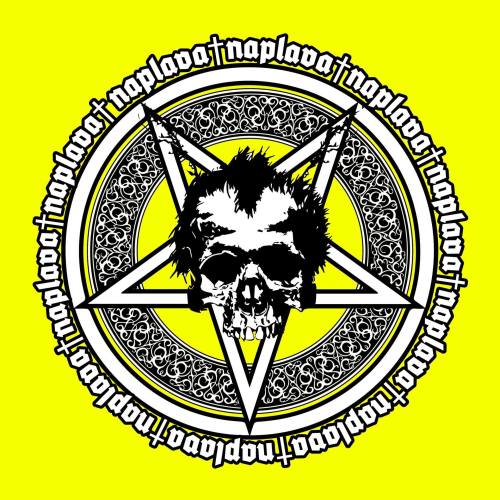 Since 2010, Naplava have been merging Stoner Rock with Doom, Slugde and Heavy Rock, and they are elegantly demonstrating  that genre boundaries are not more than an artificial disruption of the music industry. A raw, direct and gloomy sound aiming at the sore anti-mainstream Listener.

Naplava are currently working on their follow up LP to 2015´s „Opposites“.

Stressed swarms of bees, thunderstorms and a good dose of melancholy. Groovy, dreamy and dirty rock music, served by three musicians, who’ve been playing together since they were teenagers. As Rauch they met for the first time in the very familiar rehearsal room in 2017.

Soup, Sweet and Sour, the debut single of the band (available on iTunes, Amazon, Spotify,…), was released at the beginning of 2018 by the label Electric Fire Records.

Rauch are currently working on their debut LP.