Epic, crushing, and heavy beyond words, YOB has achieved legendary status in recent years due to their unmatched aesthetic and incredible body of work. Formed in 1996 in Eugene, Oregon under the leadership of doom metal mastermind Mike Scheidt on guitars and vocals, the group initially released a three song demo tape in 2000 that garnered them international attention. Drawing comparisons to groups like Neurosis, Sleep and Electric Wizard, YOB succeeded in developing modern sounding doom metal that hearkened back to the classics.

In 2002, YOB released their debut album Elaborations of Carbon followed by Catharsis in 2003, a three song record that clocked in at a colossal 50 minutes. The buzz about YOB was beginning to grow and the trio began to tour more extensively. Remaining quite prolific during this period, YOB continued to release an album each year with The Illusion of Motion coming in 2004 followed by The Unreal Never Lived in 2005. Despite all the momentum, YOB disbanded in 2006. 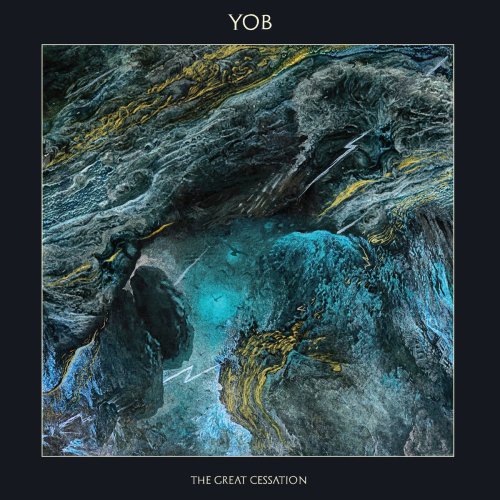 In 2008 the band returned from hiatus and has remained strong ever since with Travis Foster on drums and Aaron Rieseberg on bass. Reinvigorated and reinspired, YOB released The Great Cessation in 2009. It was doom with a psychedelic twist, a sound that Pitchfork referred to as “cosmic doom.” At this point in their career, the band found increased exposure in the media, with The New York Times going so far as to call them “one of the best bands in North America” after a performance at Scion Rock Festival. 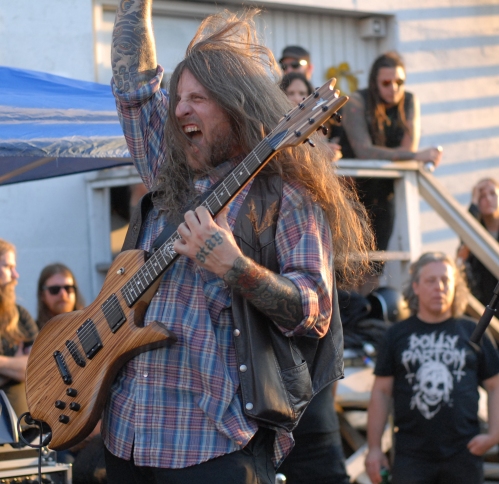 For 2011’s Atma, YOB took a more organic to recording. In Scheidt’s own words, he wanted the record to sound “grizzly, with hair on it.” Three years later, the group released Clearing the Path to Ascend, a record that upheld their legacy as a top notch doom metal act and was hailed by Rolling Stone as the #1 metal album of the year.

Fast forward to 2017 where YOB signed with Relapse Records for their incredible 8th full-length recording Our Raw Heart. The album was conceived amidst dire circumstances that nearly left frontman Mike Scheidt dead after suffering from an extremely painful and potentially fatal intestinal disease. Scheidt miraculously recovered and rallied the band together with a new sense of purpose for Our Raw Heart, an album informed by the will to survive. More exposed than ever both physically and emotionally, YOB bleed out seven riveting tracks of enormous volume and pensive, transcendental beauty across 75 minutes of ultimate doom.

A brilliant musical progression in the YOB continuum, Our Raw Heart is the band at their most aggressive, impassioned and eclectic. The riffs are massive, the vocals captivating and the songwriting sublime. Existing in its own organic universe, Our Raw Heart is truly the band’s finest work to date and the apex achievement of what heavy music can accomplish. Our Raw Heart was co-produced by the band and longtime collaborator Billy Barnett at Gung Ho Studio in Eugene, Ore., with mastering handled by Heba Kadry (The Mars Volta, Diamanda Galas, Slowdive).

“I, II and III all focus on the subject of loss,” say WIEGEDOOD in a collective statement. “It’s inherently in our nature to desperately hold on to the people and the things we love. All three records are dedicated to Florent Pevée [from Kabul Golf Club], a close friend of Wim [Coppers] and a great musician who lost his life at 21. This is our way of honoring his life.”

As the final part of the De Doden Hebben Het Goed trilogy—which translates to English as The Dead Have It Good—WIEGEDOOD’s newest album, De Doden Hebben Het Goed III, is a natural extension of its predecessors. What the three albums share sonically—a violent yet epic brand of black metal—they also share thematically and physically. III blends the atmospherics of I and the aggression of II. The band says they’ve “found the perfect crossover.” WIEGEDOOD have also found a four-song formula that affords the trio latitude to explore without the wearisome effects of interminable concept album lengths. And finally, the albums also benefit from similar covers—photographed by Stefaan Temmerman—where nature and the WIEGEDOOD sigil play important parts of the whole.