Fu Manchu originally formed in 1985 as a hardcore punk band called Virulence.
In 1990 they changed their name to Fu Manchu. Soon after they released the “Kept Between Trees” 7 inch single on Slap A Ham Records. McCaughey was replaced by Mark Abshire. Chivens also left the band around this time for unknown reasons. Rather than search for a new vocalist, Scott Hill added lead vocalist to his guitar duties. To compensate, Scott Votaw was recruited as lead guitarist. In 1992, Fu Manchu released three 7 inch singles: “Senioritis,” “Pick Up Summer,” and “Don’t Bother Knockin’ (If This Vans Rockin’)”. In 1993, Votaw left the band and was replaced by lead guitarist Eddie Glass, who had previously played drums in the band Olivelawn.

Fu Manchu’s first album, No One Rides for Free (1994), was released by Bong Load Custom Records, an independent label. 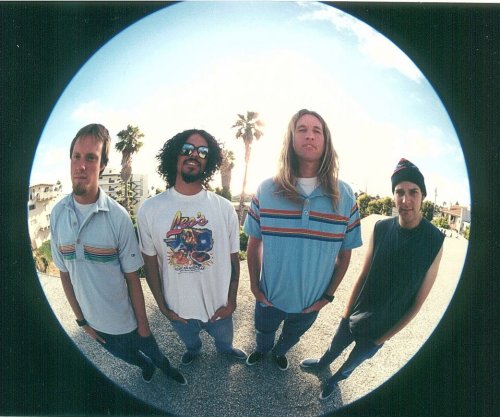 Abshire left Fu Manchu before they recorded their second album, Daredevil, in 1995. He was replaced by Brad Davis. The band promoted Daredevil with extensive touring throughout the USA and Canada, and reached a wider audience thanks to an opening slot with Monster Magnet, who at the time were the commercial darlings of the stoner rock genre.

Romano and Glass left shortly after the release of Fu Manchu’s third album, In Search Of… (1996), citing personal and musical differences with Hill. They were replaced by Brant Bjork and Bob Balch, respectively. Glass, Romano and Abshire soon regrouped to form Nebula, a power trio that took the jam-influenced side of Fu Manchu and expanded on it. Members of Nebula have commented that “we’re all family” to fans wearing Fu Manchu shirts at their concerts.

Fu Manchu went on to release several successful albums and reinforce their reputation as a powerful live act. The band had gained this reputation over the years due to their performance when touring with notable bands such as Kyuss, Monster Magnet, Marilyn Manson, Clutch, Corrosion of Conformity, White Zombie, Sevendust, and P.O.D., among others. 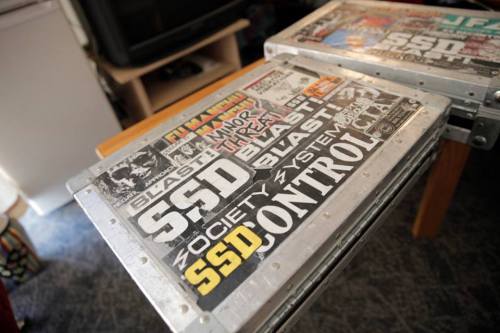 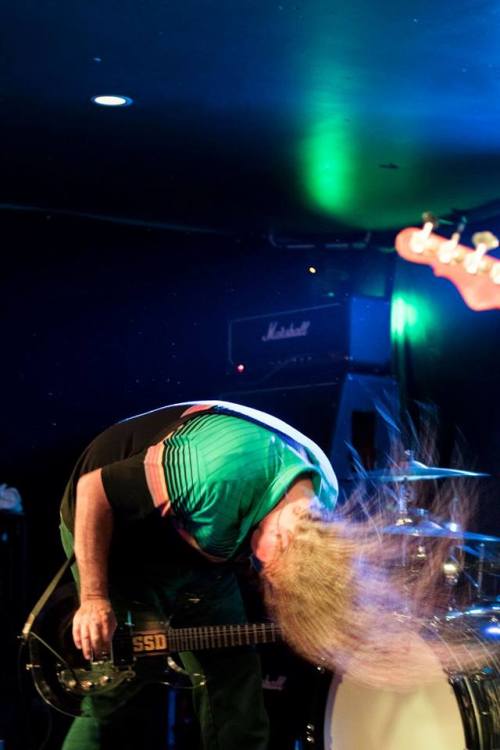 Brant Bjork left the band after their 2001 release California Crossing to pursue a solo career and was replaced by former Sunshine and Smile drummer Scott Reeder (often confused with bassist Scott Reeder, of Kyuss, Unida, and Goatsnake fame). In 2004, Fu Manchu released their 8th album, Start The Machine.

Fu Manchu’s ninth album is called We Must Obey which was released on the 19th February 2007. The band has spent most of 2007 and 2008 on tour, playing several shows in North America and Europe.

In February 2008, the track “Mongoose” (from the California Crossing album) was featured in a Super Bowl ad for the Toyota Sequoia.

Their tenth album Signs of Infinite Power was released on October 19, 2009 in Europe and October 20 in North America. Gigantois was released in 2014.

Early 2018 saw the release of their  12th full enght album and definite rteurn to form, Clone Of The Universe.