Throughout the instrumental cinematic rock landscapes of Yawning Man, the post-Ventures, haunting melodies & composition of guitarist Gary Arce are constantly being stretched, up-ended and sent deep into dark Joy Division territory, by the weird chords and heavy bass grooves of Mario Lalli and drummer Bill Stinson. The result is the kind of brooding and thunderous atmosphere that draws you constantly inward. 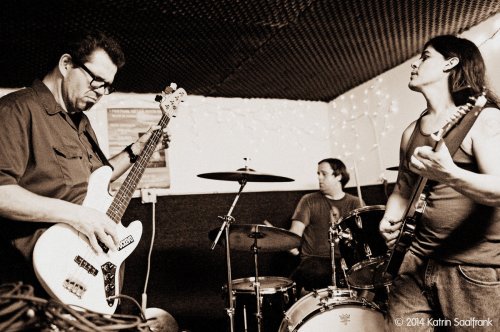 Yawning Man´s latest effort “Historical Graffiti” was initiated from a very special recording session done during the bands 2015 South American tour while in Buenos Aires, Agentina. The band was invited to record for one evening at the world famous and legendary ION Studios.The session featured guest apperences by Argentininian tango musicians Sara Ryan on violin and Adolfo Trepiana on bandoneon accordion as well as Malene Arce (wife of Gary Arce) on the Mellotron.

An Argentinian newspaper once wrote that the “condensed history of the nations music“ was to be found behind Ion’s doors, and they were spot-on with this description. Some of the country’s brightest musical legends, such as Astor Piazzolla, have reacted like ions with other musicians, and the energy that was released during this process condensed in the form of numerous classic records… As the largest and most legendary sound studio in Buenos Aires, Ion remains one of the most remarkable recording venues in the world. It’s energy is evident in the spontaneous edgy beauty created by the band in this collaboration of special artists in a very special place.

LSD and the Search for God hit the Northern California coast in 2005––seemingly from another place and time––dosing audiences with hypnotic performances built upon swirling guitar sounds, otherworldly drones, fuzzed-out pop melodies, and dreamy vocal harmonies. As reviews of their first shows drew comparisons to My Bloody Valentine, Slowdive, Yo La Tengo, Spacemen 3, and Sonic Youth, the band quickly developed a must-see reputation within San Francisco’s underground psychedelic music community.

After only a handful of shows, Kurt Heasley asked the band to play with Lilys in San Francisco in spring of 2006. Shortly after, they were invited on two separate West Coast tours: first with Spectrum (Sonic Boom of Spaceman 3), then with Creation Records’ The Telescopes (on their first-ever tour to the U.S.).

In 2007, LSD signed with indie label Mind Expansion and their self-titled debut EP sold out from the record label and its distributors before the official release date. The EP was subsequently picked up and reissued on vinyl (Deep Space Recordings, 2008). Around this time, LSD was featured on three additional compilations: Mind Expansion Vol. 1, M.E. Vol. 2, and Australian nugazer compilation Take Me on the Wildest Spree (Rubber Records/EMI, 2008). 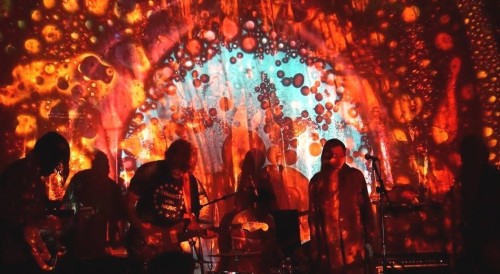 The momentum that was generated—from their live shows and stellar reviews of the sold-out EP—paved the way for years of more West Coast gigs, three U.S. tours, a Canadian tour, and festival invites—including a 2013 appearance at The Black Angels’ annual Austin Psych Fest.

A new EP, Heaven Is a Place was released in 2016non Deep Space Recordings.