Somewhere out there, in the multiverse of infinite possibilities, exists a world where the Beatles recorded “Helter Skelter,” decided to stop cutting their hair, and never looked back. While that world might only be a dream, the next best thing comes by way of Cambridge, England’s Uncle Acid and the Deadbeats, a band whose psychedelic proto-metal excursions evoke the melody of a fab four fronted by Charles Manson, along with the creeping menace of early Black Sabbath. 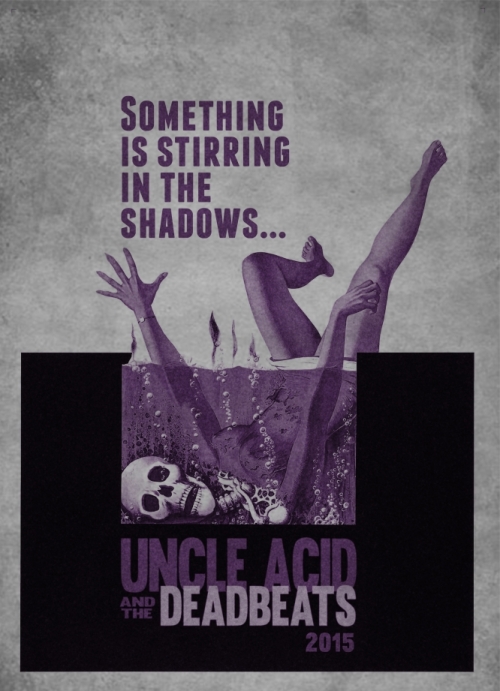 Since unleashing the monumental, internationally feared and revered set of blood-curdling chainsaw anthems known as Blood Lust, they have been locked away in the barn ignoring all the ensuing hype and publicity, whilst preparing to deliver their own new nightmare message of madness.

Simple and ragged in all its low life glory, Mind Control is the ultimate expose of killer cult madness and mind manipulation.

The infectious energy surges and pulverizing grooves of “Mind Crawler”,tell the tale of a man on a mission who has fled from “Mount Abraxas” after mercilessly murdering all the members of his cult. He rides his motorcycle through the gates of hell and hijacks the weak minds of yet more foolish disciples to join him in his desert hideaway. This is when the real fun and terror truly begins….

A wider range of influences can be heard from both music and cinema, but their founding principle of presenting light and darkness still remains. Simple and ragged in all its low life glory, Mind Control is the ultimate expose of killer cult madness and mind manipulation.

It is a fact that Uncle Acid & the Deadbeats have, in recent times, become one of the most talked about rock bands currently in existence.

Spiders debut album “Flashpoint” (2012) was hailed by both the media and the audience and even provided the band with a nomination at Sweden’s biggest broadcasted music award. Since then the band, with the charismatic singer Ann-Sofie Hoyles in the lead, have done gigs and tours with the likes of Metallica, Kvelertak and Graveyard.

Now it is finally time for the follow-up…

“Shake Electric”, recorded in the group’s hometown of Gothenburg with producer Mattias Glavå (Dungen), is everything you hoped for – and more. Suddenly the debut album’s primitive metal-meets-punk appears as no more than a fragment of the electric rock’n’roll dream that is now presented. The basic foundation is intact, but this time it is coloured by echoes of T-Rex, David Bowie (“Ziggy Stardust” in particular) and Heart. Choirs, acoustic guitars, piano and various percussions create a very stylish but never polished sound that suits the songs perfectly. 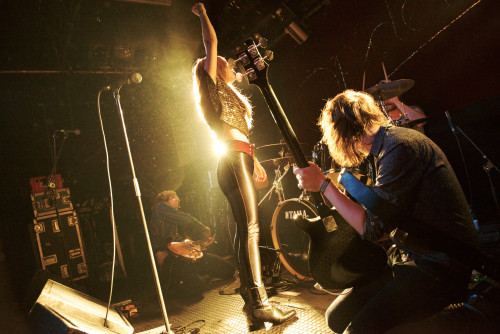 Guitar, bass, drums and vocals were recorded live and usually it only took a few takes before everything sounded as it should. It only proves that the countless days on the road have given results, adding a special feeling of togetherness that Ann-Sofie talks about when she defines the group’s sound and strength.

“Even when we started we were like a bunch of teenagers in the rehearsal room and despite jobs and girlfriends we always accepted every show we got. We really love this life, says the singer, who has evolved into one of the country’s brightest shining stage personalities.”