In 2009, Uta Plotkin added her voice to Witch Mountain in front of a triumphant sold out crowd at Portland, OR’s venerable club Satyricon. Supporting Pentagram—East coast godfathers of American doom who also took far too long to receive their rightful due—Plotkin brought the necessary ingredient that Witch Mountain founders Rob Wrong and Nate Carson had been seeking since they initially formed the group back in 1997. 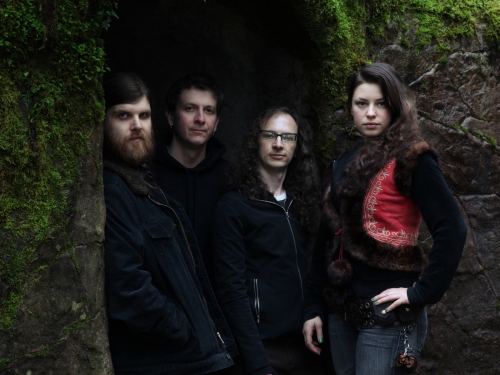 Originally far out of step with the lazy, indie-rock scene in Portland, guitarist Wrong and drummer Carson sought to put their own stamp on the tradition of doom metal as laid down by Black Sabbath, Candlemass, Trouble, and Saint Vitus. Years of road work in support of peers such as High on Fire, Spirit Caravan, Electric Wizard, YOB, Weedeater, Eyehategod, and all the rest had granted Witch Mountain a solid footnote in the history of one of music’s heaviest genres. And though real life careers took the band largely out of commission between 2003 and 2008, Plotkin’s emergence kicked the band back into a high gear that shows no signs of waning.

“Uta Plotkin’s voice should be declared a national treasure, of the doomed nation if not the whole damn American music scene. Bluesy, ballsy, sensual, and commanding, this lady’s powerful pipes make this band what it is, and when she chooses to exercise the fullness of her dizzyingly elastic range (as in, for example, her rumbling death growls on “Veil of the Forgotten”), the result is electrifying.” – Pitchfork

“…few can match vocalist Uta Plotkin’s raw soul, a gut-level howl that can just as easily turn into a sinister coo. Finally, those massive, rumbling doom riffs aren’t just there to get your slow-motion headbang on (well, they’re good for that, too), those riffs want to bore into your skull, crack open a beer and make you a lifer…” – NPR

Tombstones has been brewing on dirtier filth this time, and their new, third, studio album; “Red Skies and Dead Eyes” will tear holes in your ears and speakers.
Norwegian doom has never been played with more confidence and style, and the riffs and grooves penetrate your soul like a demon from ancient caves.

“Red Skies and Dead Eyes” gives you 44 minutes of dark doom, and will leave you on your knees, crushed by a thundering roar arisen from the bleak woods of Norway. 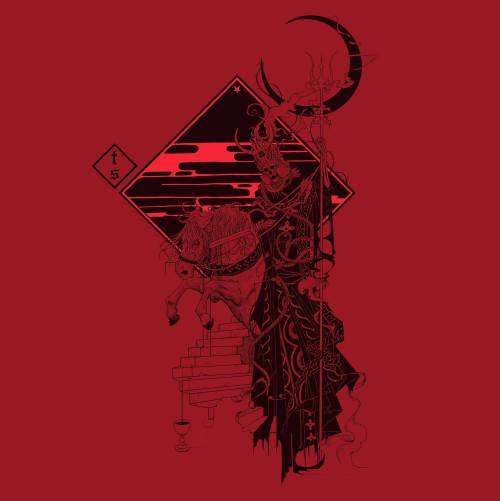 During live recording-sessions in May 2013, the Norwegian doomsters paired up with the best from their past, and both Petter Svee from “Year of the Burial” and the US-legend Billy Anderson from “Volume II” were turning the knobs.

To state the obvious, the sound on this slab of doom is earth-shattering. Expect nothing but an ultimate slab of total dynamic doom! 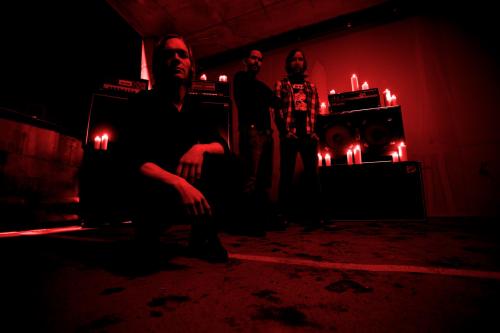