Owl was originally hatched in 2007, when the youngest Baechle brother, Axell, sprang from an egg (aged 13 years already and with a Gibson Les Paul in his hands) and began to compose original songs in the style of classic heavy metal (BlackZeppelinBudgieLizzyMotorVenomRamones). The middle brother Alex, disturbed from his book by the noise, soon decided to join in, adding his Fender Stratocaster, supernatural songwriting, composition and vocal skills to the mix. The Holy Trinity finally came together at Christmas 2009, when oldest brother Clint was summoned away from a three month tour with some other band. The trio met at the Baechle family mountain aerie, high in the Sierra Mountains, and the demo tape was recorded (Clint on drums). The demo was circulated, with some critical acclaim, and much curiosity as to the real age and relationship of the band members.

Unable to procure a fourth sibling to complete the lineup of the band, the brothers adopted an African child named Melanie to be their bass player and sister in March of 2011. The Stone Loner seven inch was recorded soon after.  The band picked up steam, playing gigs around the Bay Area, and lumbering drunkenly up the West Coast for the first time in August 2011.

The Stone Loner seven inch finally came out (as a split label release with band’s own Magick Hermit Records, and Tombs In The Valley productions from Newcastle, UK.) in February 2012.  This was followed by a second West Coast tour.  The band continued to ravage the Bay Area throughout  the Spring and Summer of 2012, building a reputation as a formidable live act.  The first LP (a split label release with Magick Hermit and Lummox records) was released in limited quantity in November 2012, on the eve of  the band’s first US tour, which carried them to the East coast and back, through an onslaught of crazy gigs (and crazy weather).

2013 looks to be an even busier year, with many more releases and tours planned. 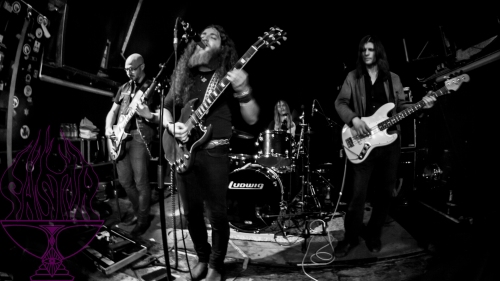 Pastor started jamming in late 2012. The group consists of four young men with an intense love to the art of music. Their various influences can be drawn from your dad’s record collection (well, if he was actively listening from 1968 to 1978). The tunes are filled with fine riffs, spaced out solos and hard hitting rhythm sections. Yet Pastor tries to break through the niche and clichés by mixing the sound with a bands unique character. Come to the Sabbath…
www.facebook.com/pastoraustria

Hailing from Gothenburg, Sweden, but with a completely different sound than what the city is usually associated with. Think bulldozers, rocket fuel, downtuned guitars and destruction and there you have Crowlegion. Formed by Linus Pilebrand of the doom metal band Beneath The Frozen Soil in 2010, originally a sideproject but as of last year a full on band.
So far they have toured both Europe and Scandinavia, recorded an album with guest apperances by Tomas Eriksson (Griftegård/Year of the Goat) and Jocke Svensson (Entrails/Birdflesh/Skogen) and have set there sights on delivering an overdriven knock out punch to all that comes in their way. 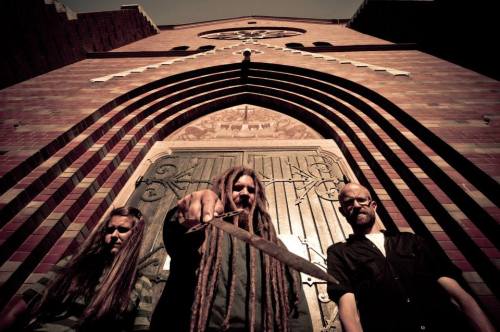