Formed by drummer Rafa Martinez (ex-16, ex-Acid King) and guitarist/vocalist Jason Landrian (ex-Cavity), Black Cobra catapulted themselves onto the scene in 2001 with their ravenous, upbeat and ultimately unique style of punk/hardcore-fueled sludge metal.

Black Cobra´s almighty fourth full-length album, “Invernal” is their most honed and diversified material to date, and will tear your face off completely. 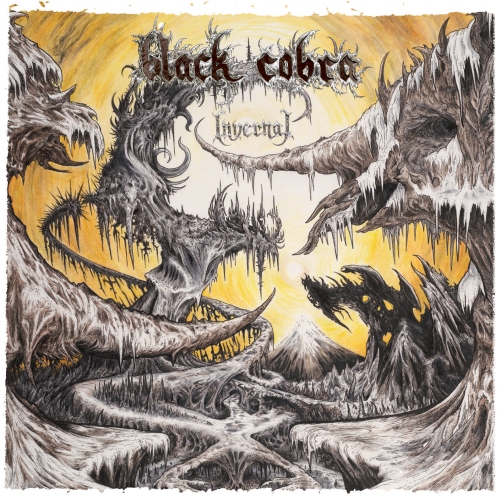 Recorded at Converge guitarist Kurt Ballou’s God City Studio, the album propelled the most diversified and matured songwriting from the duo to date forward with incredibly thunderous production, the theme to the entire record based on a post-apocalyptic trek to a nuclear infested and mutated Antarctica, inspired in part by the treks of English researcher Ernest Shackleton. The band perpetually toured through the years surpassing their 600th show mark in 2012 since the release of their debut LP Bestial in 2006.

In the great Canadian spirit of loss and heart ache, the downer foursome known as BISON b.c. have managed to scourge their rotting brains desperately puking out new psalms of suffering.

From the west coast melting pot of shit and failure; in a country based on terrifying distance and lonesome, stoic suffering comes Lovelessness; not portraying the death of love or the lack of the same. Rather it attempts to map out the pathetic and desperate pursuit of love, which in itself becomes violent like a cancer, an assault on anything that is good in the world. A heartfelt repulsion towards anything that could bring pleasure, because with happiness we suffer truly – the wanting of more. Gluttons! Pigs to the trough! Lead us to treachery! Lead us to solitude!

Årabrot is a Norwegian noise-rock band from Haugesund, Norway.Since starting out in 2001, Årabrot’s main core has been Kjetil Nernes (songwriter, guitar and vocals) and Vidar Evensen (drums and visuals), and in recent years noise artist Stian Skagen has been a regular on-and-off member of the band. Collaborating with producers such as Billy Anderson (Melvins, Neurosis), Emil Nikolaisen (Serena Maneesh) and Steve Albini (Nirvana, High on Fire) the band has released three full-length albums and a grotesque bouquet of singles and EPs.

Årabrot is about to represent for this generation what the sum of Melvins, Birthday Party and Swans was to the generation before them; a source of pleasure from both auditory and moral excesses. The band’s foundation is noise-rock, but has strong elements of industrial music and noise.

In Årabrot there is also a dramatic component few other bands in history possess: histories are told and emotions are laid out in a way that’s closer to the compositional techniques of experimental film and theatre than traditional song structure. Last but not least they are drawn to the lyrics that combine elements of two of the most stimulating works of human kind: The Bible and Pornography. 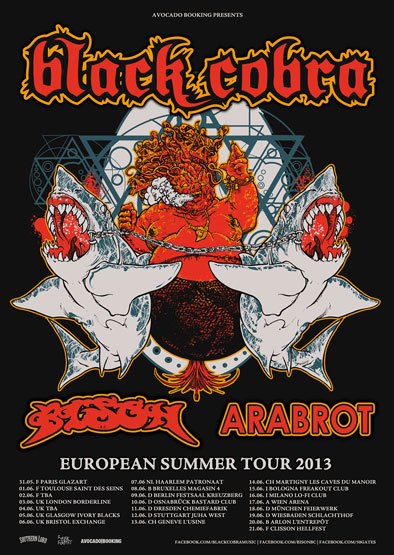