Dub Trio is back with their fourth and most powerful album to date – IV – an overwhelming blend of sounds, styles and ideas that come out swinging, and hit harder than ever. Can metal coexist with dub’s bass heavy riddims? Dub Trio’s newest album proves that not only can such incongruities coexist, but that in the right hands they flourish! With IV the band succeeds dramatically at emphasizing the theories, emotions, sounds, and concepts of their current musical exploration. IV finds the members playing multiple instruments, tweaking, turning & torturing knobs, cutting and chopping the audio itself, and shaping the compositions to create their own unique interpretation of “dub” as an art form.

Dub Trio has worked closely with Lady Gaga as her original show-casing band, as well as with 50 Cent and G-Unit, Mary J. Blige, Tupac Shakur, Yoko Ono, The Fugees, Lauryn Hill, Tom Morello (of Rage Against The Machine), Mos Def, Mobb Deep, and many more.
The weight of Dub Trio’s power comes from their incredible musicianship, their versatility as performers and the intense scope of their creativity as Producers. Their own records are a mind-ripping sonic collage of impossibly different musical structures all working together to build something much more staggering than the sum of its parts

“Dub Trio is celebrating dub in their own way and in the process attempting to redefine the genre by reinterpreting how raw human emotions like sadness, rage, and joy can be fodder for musical expression…” – PopMatters

“Anyone who calls themselves a musician needs to take in a Dub Trio show EXCEPT if you are a drummer.  After seeing  what Joe Tomino does with a drum kit, a pair of sticks &  an affected mic, you WILL give up playing drums.” – Sentimentalist

Dean Allen Foyd is a Stockholm based psychedelic band with a
wide range of music styles. Everything from garage, delta blues,
folk and space-rock can be heard in their music. Syd Barrett’s
Pink Floyd, Arthur Lee’s Love and Captain Beefheart can be easily
picked as some of their influences but at the same time the
band takes a step forward into making their sound modern and
updated with the present times. 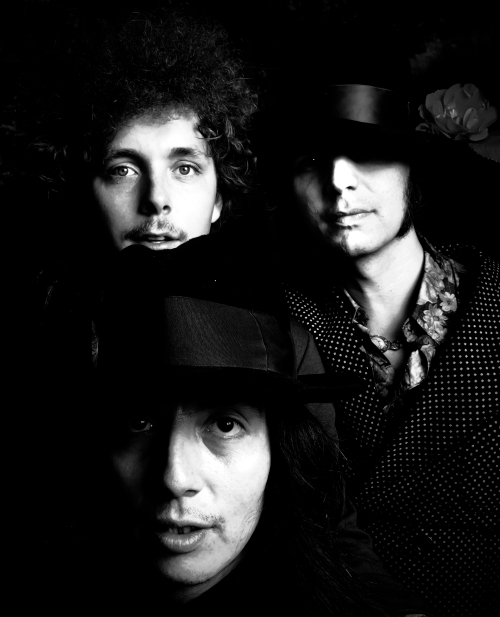