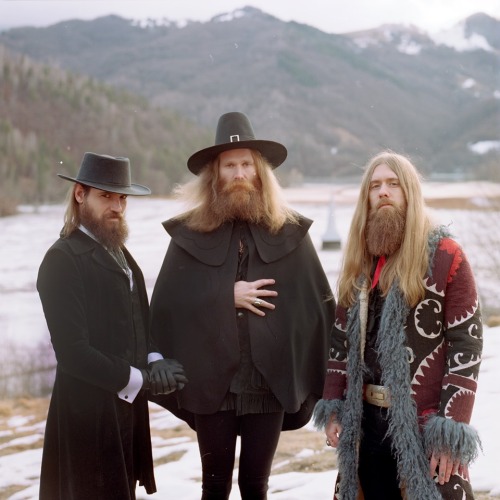 For the few lucky bands who live to see a career blossom out of their passion, even fewer manage to avoid the hopeless creative stagnation that happens when hobby turns into ”work”. We all know that as soon as rock n roll starts to resemble going to the office, there are no winners – everybody’s screwed. As the German trio KADAVAR – arguably the hardest working band in European rock – stand on the brink of releasing their fourth full length album, they look back at a seven year long career of doing things the other way around. Rather than this being the time to start talking about how music is just another way of paying the bills, they could not be more in tune with the main reason anybody starts a band in the first place – liberation.

“We used to put ourselves under a lot of pressure,” says guitarist and vocalist Christoph ‘Lupus’ Lindemann. “We didn’t want to be just another rock band, we wanted to be the best. Now we are free from the idea that we need to hit the charts or fill big halls to become happy. To get to that point everyone involved needs mental maturity, and this satisfies me more than any full arena.”

Not that they are strangers to neither chart positions nor sold out venues. After being formed in the German capital city back in 2010, the word of KADAVAR playing in a different league from their retro rock-labelled peers quickly spread worldwide, resulting not only in audiences growing past the 1000 mark on their many tours, but also in chart positions for their third and latest album »Berlin« – entering on position 18 in Germany and 21 in the US Heatseekers charts. Highly regarded as one of the most explosive live experiences on contemporary rock scene, their secret seems to be boiled down and brewed from three ingredients: an accessible yet personalized brand of classic rock; a no-frills approach to everything they do (”minimal arrangement, maximum effect”); and that undeniable German tenacity, yet again.

The trio form a uniqe symbiose, challenging each other to fill the sonic space between them when the curtain goes up – and to grow even closer after it’s gone down. “Being only three on stage does not give you much margin of error, so each and every one of us need to kick ass every night. But at least it gives everyone enough space to express himself, sonically and physically on stage,” Simon says. 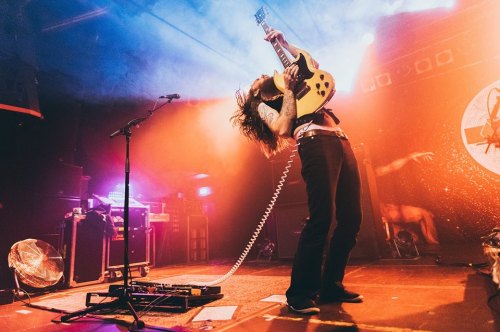 In the beginning of 2017 the band prepared to start a new album cycle by literally rolling up their sleeves and building a brand new recording studio from scratch. Over 100 square metres inside an industrial complex in the area of Neukölln in Berlin is now their creative haven and workplace alike, and this is where the follow-up to »Berlin« has started to take form.

“We have been giving it quite a lot of thought, how we want to continue after the last album,” says Tiger. “Maybe I try not to only be a musician, but to think, write and play like an artist. It sounds corny, but I mean it in the way a brick layer differs from an architecht. Not to only lay brick by brick, but create a nice vision of a house with different rooms.”

“We would not respect ourselves and our followers by putting out just another KADAVAR album. It needs to be different and hopefully better!” They might have eased up on the competitive attitude, but don’t believe for a second the hunger is gone. : “When you realise you have taken it to the next level, where you can live from music and see the world – you work your ass off to keep that. What else should we do? We are useless in the normal world. And maybe it looks harder than it is…”

In a parallel time a knight and a seer walks a dark earth trying to solve the mysteries of the world, guided only by the stars. If you want to escape reality for while and flee into this madness, you’re welcome to open this heavy door and enter the enchanted universe of Hällas.

By the ancient landscapes, woods and medieval relics, the Swedish quintet takes their inspiration to express their way of making music into tales, blending progressive rock with early heavy metal. Hällas invites you to an adventure you’ll never forget. You can’t escape your fate. 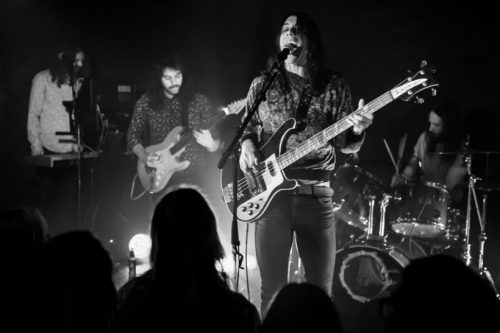 PABST are a Berlin-based power trio who are ready to transcend the definitions of modern rock music. In an era where grunge has been marginalized into a fashion statement, PABST revitalize the genre with elements of noise-rock, stoner-rock and R&B.

With their debut EP, they tramp the territory that lies between NIRVANA, DINOSAUR JR. and TAME IMPALA, while unabashedly flirting with female pop groups from the early 00s. Both sexy and profound, Skinwalker is a “petite mort” for grunge fans that definitely lasts beyond a one-night stand. (Robert Westerveld) 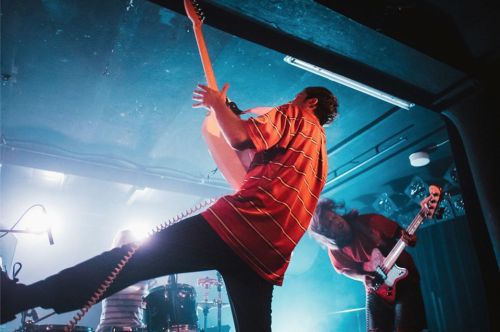 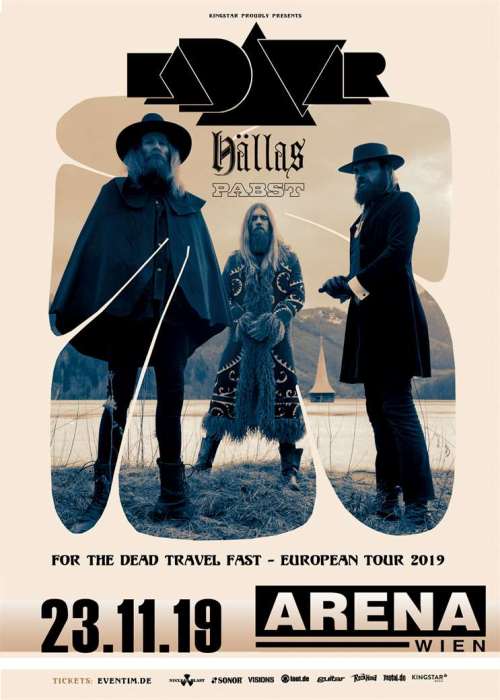