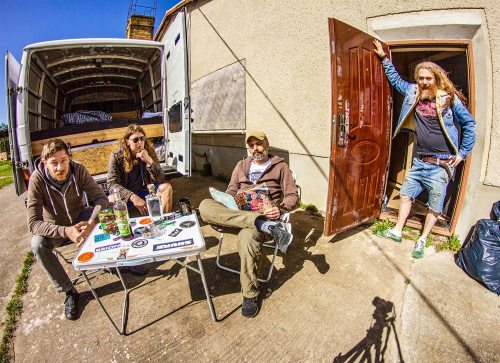 Rotor are a stoner rock band from Berlin, Germany. Active since 1998, the band has had six albums of mostly instrumental music released and have toured all over Europe and parts of the U.S. Initially a trio, the band currently functions as a quartet.

Rotor began sometime in the middle of 1998 initially as a trio, with their first live performance on 19 December at Das Weite Theater in Berlin. From there the band would perform more frequent shows in the Berlin area. The band’s first ever show outside of Germany would be at the fifth edition of Roadburn Festival on 22 March at 013 in Tillburg in 2001.

The band’s first album, titled Rotor, was released in 2001 via Monster Zero and setting course for their instrumental rock sound heavily based in groove and psych. A vinyl edition of the self-titled would come in the next year along with an appearance at Stoned From The Underground.

Rotor would begin 2003 by releasing their second album (and first via Elektrohasch Schallplatter) on 24 March 2003 at Rosis in Berlin, the album simply known as 2. From there the band would establish a reoccurring touring habit, wchich subsequently would send them across Europe multiple times.

2006 would see the touring cycles slow as the band would release their third album 3 on 21 May 2006 at Bastard Im Prater in Berlin along with a string of festival shows.
2007 Rotor returned to Roadburn Festival and got on their first tour of Europe alongside Coogan’s Bluff .

2008 saw the band’s first appearance in Italy at Duna Jam and the band celebrating their tenth anniversary show at the Columbia Club on 15 November while going into 2009 the band began work on their fourth studio album along with embarking on their first United States tour with Stinking Lizaveta.

Rotor had released their fourth album 4 at Linse in Berlin on 29 May 2010, the album itself gaining widespread acclaim among stoner rockers everywhere.

2011 would lead the band on a tour of Europe alongside Colour Haze and Sungrazer in what was titled Up In Smoke Vol. 1 and a second tour of Europe later that year entitled Brainbanger’s Ball Vol. 1. A live album for their appearance at Festsaal Kreuzberg saw release in 2011 as well.

The band would start 2012 with their first ever appearance in the UK as one of the performers at DesertFest London. From there Rotor’s live activity would slow for the next few years to concentrate on a new record, mainly only making appearances at festivals (and performing live only once in 2013 and 2014). On 20 May 2014 it would be announced that the band would now be a quartet.

2015 would begin a new era for the band, now performing as a quartet and announcing a fifth album was nearing completion. Now signed to Nois-O-Lution the band would release Fünf on 25 September 2015. 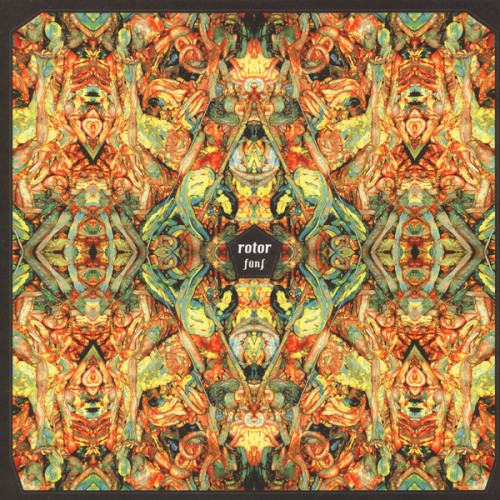 October 2018 saw the release of their sixth Album, Sechs and 20th band anniversary.

Attention! Neo-Hippies are at work.

Starless era King Crimson meets Monster Magnet, this is a ferocious slice of distorted riffing and turbo charged wah-pedal action, which stampedes through you like a herd of buffalo chasing the sun. A space-rock masterpiece for the grunge generation. 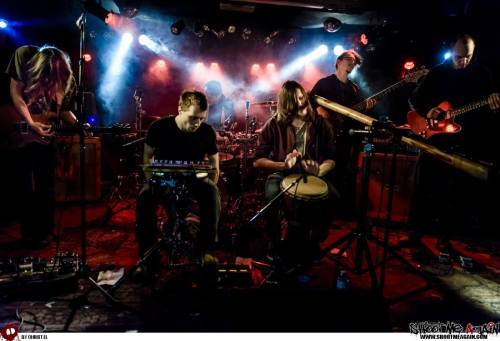 The Vienna based six-piece instrumental collective is known for intense live performances and its very unique combination of psychedelic rock, percussion-grooves and experimental electronica. Their selftitled album reached 150.000+ views on Youtube. Triptonus shared the stage with international acts like Elder, Monkey3, Karma To Burn, Stoned Jesus, Seven That Spells, performed at many international festivals and toured all across Europe.