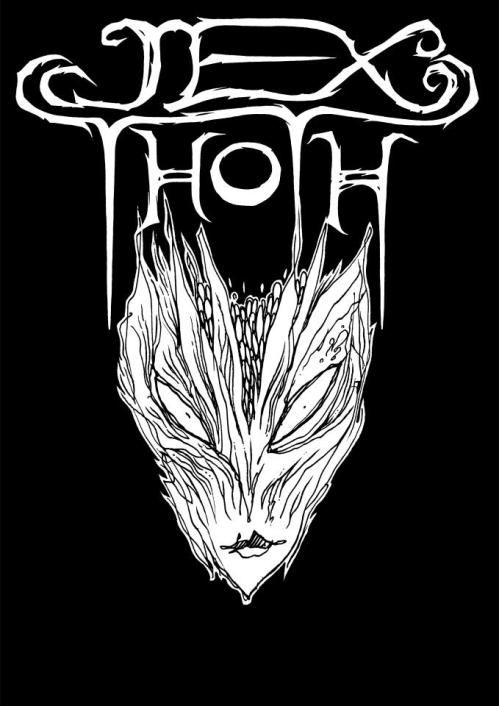 One of current rock’s most captivating figures and a devilishly talented musician in her own right, Jex Thoth is a quiet enigma floating airily through a thicket of oversharers. There isn’t a ton of information about her out there, and this willful silence has led many to style her as one that likes to keep people guessing.

The band that would come to bear her name first materialized in 2007 under the Totem moniker and released one EP before switching over to Jex Thoth. So far, the band’s discography features six statements (including a split with the legendary Pagan Altar), culminating in 2013´s mesmerizing full-length Blood Moon Rise which was produced by Randall Dunn (Earth, Sunn O))), Black Mountain). 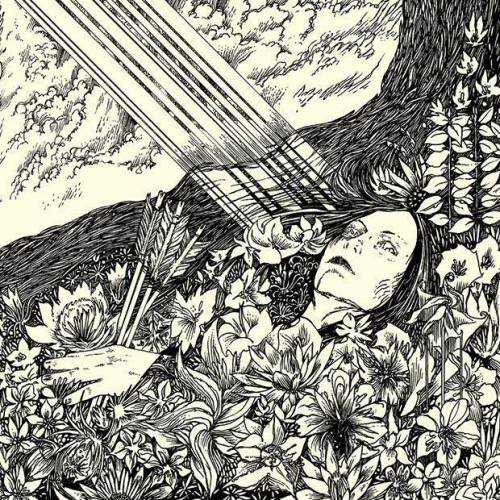 Embracing all that is good from the past and shuttling it defiantly into the future, Jex Thoth ‘s alchemical sound reveals a reverence for bands like Pink Floyd, Amon Duul 2, Jefferson Airplane, and Black Sabbath, while still managing to conjure a unique sound style that is very much their own. 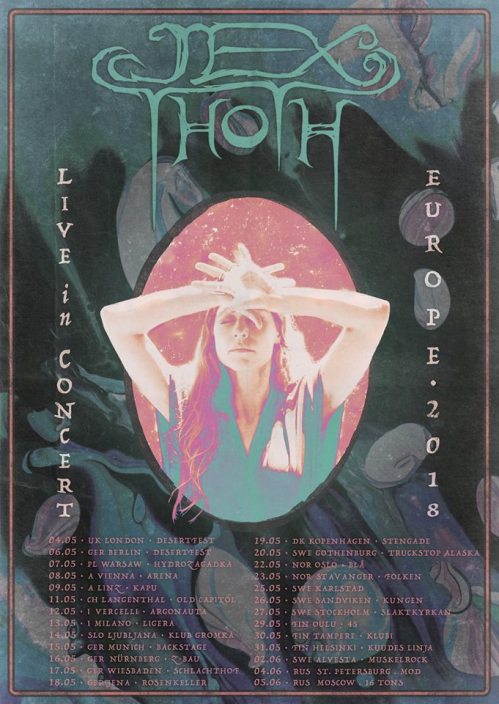 Original artwork for the Vienna show by aplacefortom.com.

Long winters and short glimpses of the sun gave life to Demon Head in 2012 in the city of Copenhagen. It quickly became clear that what the five demon brothers had awoken could not be buried again.

The sound of old amplifiers, tape recording and raw power shows the inspirations from the first really heavy bands, blues and gloomy music in all its forms. A sinister kind of doom-tinged, heavy rock saw its first live appearance in late 2013 and since then Demon Head hasn’t seem to be able to stop. Live shows have become notorious for their spell-like intensity and loud, dark grooviness. 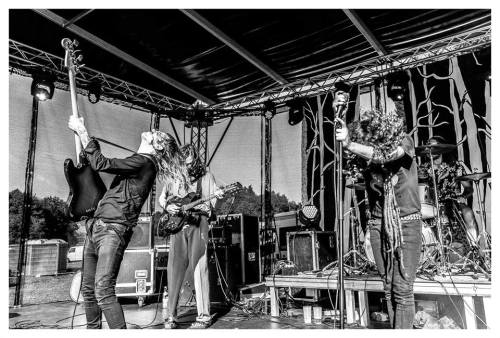 After a demo tape that quickly sold out, the Winterland 7” came shortly after the bands’ first tour in Scandinavia with the witches of Körp, and just in time for their appearance at the Heavy Days in Doom Town festival. In the early days of spring 2014, Demon Head travelled to a small house in the country side near the infamous Heather Hills and recorded eight songs for their debut album Ride the Wilderness. The record was released a year later and the first press sold out in a matter of months. The acclaim of the underground was significant and the album was praised for its skilled songwriting, warm production and a certain sinister catchiness.

With their latest album „Thunder On The Fields“ in tow, and an eagerness to shred stages all over the Western Hemisphere, there is indeed lightning on the horizon and thunder on the fields.
„Imagine the tour bus of Judas Priest had crashed into a whiskey bar where The Doors and Neil Young throw dice with the devil, while The Stooges cover Big Mama Thornton on the decrepit corner stage.“