Following a well-received appearance at the South by Southwest in 2005, The Sword signed with Kemado Records, who issued the band’s debut album “Age of Winters” in February 2006. Comprised of mainly Cronise’s early material , the album sold roughly 100.000 copies earned the group a significant fan base and led to touring with Lacina Coil, Trivium, Nebula and Lamb of God.

The Sword subsequently released a split EP with the Swedish doom metal band Witchcraft, which included a Led Zeppelin cover, and released their sophomore album “Gods of the Earth” in April 2008. Like its predecessor, the album was well-received by critics and fans, and was their first charting album reaching No. 102 on the Billboard 200. In support of the album The Sword embarked on their ‘Gods of the Earth Tour’ with support provided by Machine Head and Clutch.

Taking their musical inspiration from a more science fiction base, the Sword’s third full-length album “Warp Rider” was a concept album with a hard rock focus. The album debuted at No. 47 on the Billboard 200 and the band supported Metallica, for the third time, on a number of their Australian and Asian tour dates. In 2010 drummer Trivett Wingo departed the group and was replaced by Kevin Fender on tour and later by Santiago “Jimmy” Vela III. The band combined fantasy and metaphysics on their fourth studio album “Apocryphon” in 2012, which peaked at No. 17 on the Billboard 200. 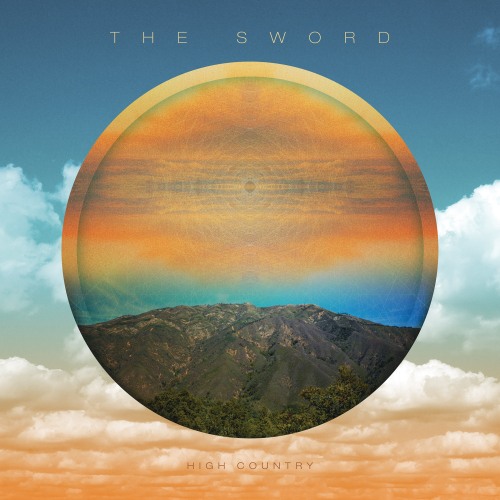 The Sword will release their new album, High Country, worldwide through Razor & Tie on August 21st. Recorded in Austin, Texas, the album was produced by Adrian Quesada and mixed by J. Robbins. High Country features 15 new compositions and will be released on CD and double vinyl formats.