Earth’s career, like its music, has always been a slow, deliberate progression. Each record slightly removed from the last, a constant refinement of a singular vision. Dylan Carlson has remained focused throughout on coaxing moments of strange beauty and reflection from “the riff”. That one monument of pure rock refracted, in their earliest recordings, through the prism of sheer volume & feedbacking drone or via a sparse unraveling take on folk in the twin Angels of Darkness, Demons of Light set from 2011 & 2012.

With Primitive and Deadly, Earth’s tenth studio collection, Carlson & long term foil, drummer Adrienne Davies, manage to pull off the trick of completing an Ouroborean creative cycle, 25 years in the making, whilst exploring new directions in Earth’s music. For the first time in their diverse second act, they allow themselves to be a ROCK band, freed of adornment and embellishment.

As much as Carlson’s guitar has always been the focal point of Earth’s music, it’s been surrounded by consistently diverse instrumentation. Here the dialog between Carlson and Davies drumming remains pivotal, underpinned by the sympathetic bass of Bill Herzog (Sunn 0))), Joel RL Phelps, Jesse Sykes and the Sweet Hereafter) and thickened by additional layers of guitar from Brett Netson (Built To Spill, Caustic Resin) & Jodie Cox (Narrows). 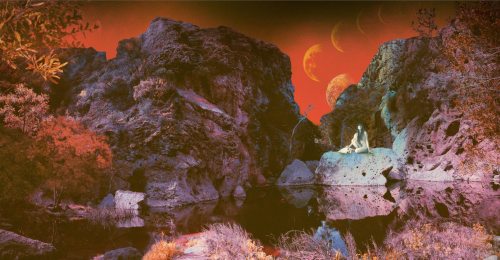 Perhaps the largest left turn on Primitive and Deadly, though, is the dominance of guest vocalists Mark Lanegan and Rabia Shaheen Qazi (Rose Windows) who transform the traditionally free ranging meditations of Earth into something approaching traditional pop structures.

On Rooks Across the Gates, a song stylistically the closest to the folk inspired modality of Angels of Darkness, Carlson stretches out into some of his most lyrical playing to date, creating an almost symbiotic relationship between his performance and the vocals of old friend Mark Lanegan. From the Zodiacal Light, meanwhile, takes the late 60’s San Franciscan / freaked out jazz-rock transcendence of Bees Made Honey in the Lions Skull and quickly re-appropriates that sound into a musky torch song for the witching hour. Think Jefferson Airplane on a heavy dose of Quaaludes and Aleister Crowley. 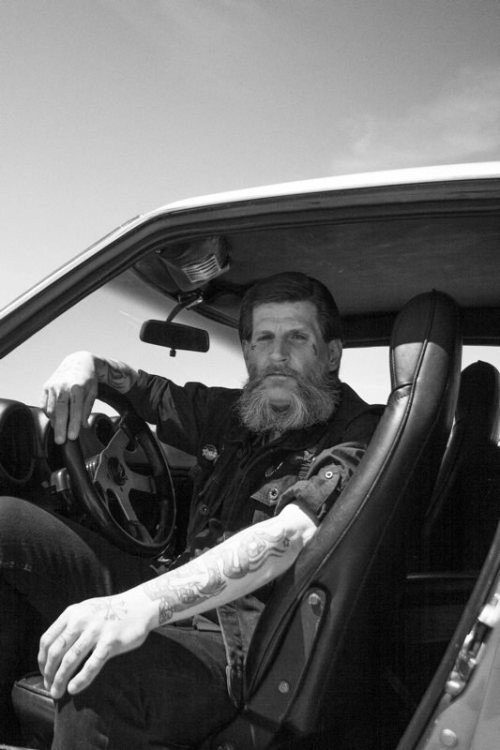 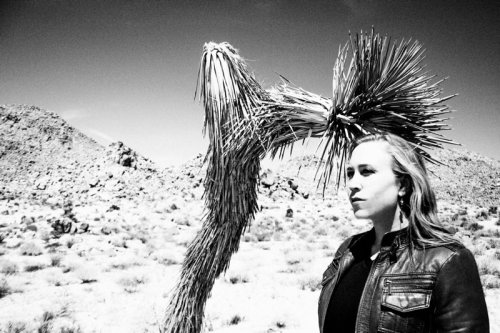 This contradictive tension between a band pushing themselves ever forward whilst surveying their history is reflected in the twin recording locales of Rancho de La Luna in the mystic desert high lands of Joshua Tree, California where the band laid down hour after hour of meditations on each tracks central theme before returning to Seattle to edit, arrange, and expand upon these takes at Avast, aided by the return of long term collaborator Randall Dunn (who was at the helm for the Hex, Bees Made Honey in the Lions Skull and Hibernaculum sessions).

Black Spirituals is a collaboration between two soloists who have found a new platform for the intersection of tone-generating electronic technology and the heart-thumping technology of acoustic percussion. This duet features a new tradition in conversant, duo vernacular dynamics that sparked a revolution in our conceptions of space, stage, ritual, performance, geography, praxis, brotherhood, relationships, rockin’ out, and more. 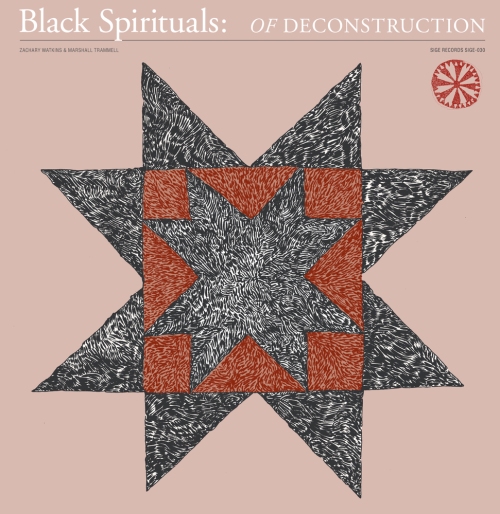