Scorpion Child´s sound invokes a time when guitar-driven rock ruled radio’s airwaves, when being hypnotized by a frontman and his bandmates in a concert arena was one of life’s ultimate main events. A five-piece from Austin, Texas, Scorpin Child have spent the last few years perfecting both their songwriting and stage show. Guitarists Chris Cowart and Tom “The Mole” Frank deliver their finessed twin guitar attack with experience older than their years; bassist Shaun Avants and drummer Shawn Alvear are steadfast sentinels of their driving rhythm section; and lead singer Aryn Jonathan Black fronts the psychedelic rock cavalry with a passion & voice reminiscent of the early eras of Robert Plant and Ronnie James Dio.

“I’ve always wanted to hear new musical ingredients within a classic heavy sound,” states vocalist AJB. “It’s great to witness captivating performances where both the live show and the band’s recorded material can complement one another. The heavy-prog sounds of Uriah Heep, Hairy Chapter, and the epic delivery of early Rainbow showcases these crossovers brilliantly and gave us all honest – yet relentless – sonics to aspire to. That’s why it’s important for us as a band to maintain spontaneity while putting a special emphasis into integral hooks.” 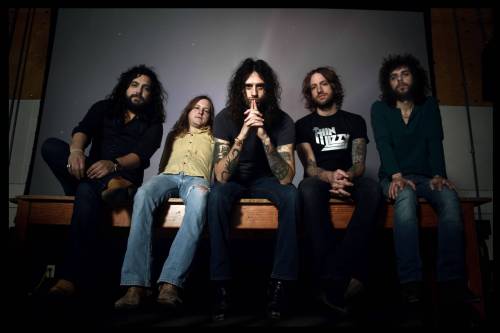 Nuclear Blast Entertainment released Scorpion Child’s self-titled, full-length debut. Produced and arranged by Chris “Frenchie” Smith (Jet, And You Will Know Us By The Trail Of Dead, Dax Riggs), the album uses analog recording technology to organically capture a hybrid of nine, hook-filled chapters of heavy psych rock. The goal? To breathe new life into a neglected yet still important musical heritage.

Real rock‘n’roll cannot be faked. It is the immortal celebration of prized atavistic values – power and volume, sweat and adrenalin, uncompromising good times and the invigorating squall of past, present and future colliding. Those with the artistry and soul required to make music that stirs the blood will never stop chasing that distant horizon, and so Horisont have both the name and the know-how to blow minds and disperse life’s oppressive clouds.

Since forming in 2006, this Swedish quintet have steadily established themselves as one of Europe’s premier underground rock bands. Their first two albums – 2009’s Tva Sidor Av Horisonten and 2012’s widely acclaimed Second Assault – made it plain that the band have tapped directly into the heart of heaviness and guitar-wielding derring-do. Now, with their latest masterpiece, the vividly realised Time Warriors, Horisont are raising their game, refining and re-defining themselves and leaving the competition spluttering in the dust.

“We started recording new demos right away when Second Assault was released because we wanted to make sure that we had enough material that every song on the next album basically would work as a single, with no fillers,” explains frontman Axel Söderberg. “It’s most definitely our strongest album so far. We did the songs the way that we wanted them to be done. We had more time to get to know the songs, recording them in both English and Swedish to see what would sound best, so there are a few songs with Swedish lyrics on this one.” 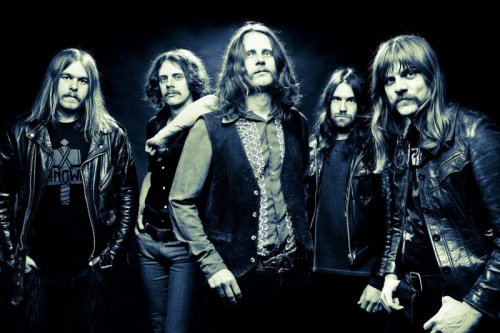 As the album title implies, Horisont – completed by guitarists Charlie Van Loo and Kristofer Möller, bassist Magnus Delborg and drummer Pontus Jordan – are gleefully obliterating the divide between the wonders of the distant past and the unmistakable allure of the here and now. While some of their supposed peers focus too acutely on replicating the sounds of a bygone era, this band consistently display a magic touch, rendering every last note, riff and melody in majestic technicolour and transcending all notions of nostalgia or retro cool in the process.