Hailing from Malmö, Sweden and formed in 2001 : SUMA has been spreading the plague of their sonic weight, noise-ridden hallucinatory doom metal on the world for the past decade. Through these years they’ve lured hordes of humans into the lair with their devastatingly heavy, one way trip into the vortex live performances and crushing delivery on their recorded matters.

The past year has seen some changes to the entity that is SUMA. After more than a year’s hiatus and decimated to a four-piece with the departure of DR.J’s vocals in the winter of 2011/12 there was no hesitation in figuring out how to move forward. Vocals kept within the reborn entity and an additional depth to the maelstorm added by the introduction of the taurus. Regenerated to enable unexplored structures of their sphere… there is a vast darkness on the horizon.

They are currently working on material for their fourth album – THE ORDER OF THINGS – to be recorded in 2014. This brings on the third occation with legendary engine-ear BILLY ANDERSON (Melvins, Neurosis, Sleep, Eyehategod) at the helm of the recording. This is the imminent evolution from the past’s behemoths of albums, LET THE CHURCHES BURN and ASHES.

“Imagine The Melvins’ ‘Lysol’ being played at you full-blast through a wind-tunnel full of Dark Matter; THAT heavy. Seriously, I have no idea how many people there are in this band, or if indeed you can even CALL them ‘people’, but opening track ‘Headwound’ crushes you flat with the sound of what must be four or five THINGS manning EACH instrument. The drums, the guitars, the throbbing, pulsing bass, the howling vocals, ALL sound totally inhuman and mind-bendingly HUGE. THIS is what Lovecraft was describing when he said “a mountain walked or stumbled”. 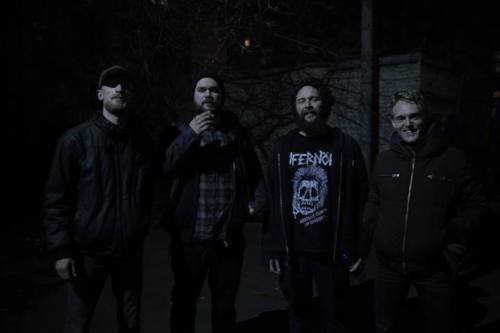 Pyramido from Malmö in the south of Sweden plays awesome yet average lava esque slow rock music for the people.

If you are into Grief, Cough or Noothgrush, drop everything you´re doing right now and check this out:

Their truly excellent 3rd Album “Saga” was released  in 2013.