When it comes to stoner, doom, post experimental stuff, advant-garde noise, heavy psychedelia and call-it-what-you-want-bastards, ROADTRIP TO OUTTA SPACE has proven to be a recipe for the  best shows the beautiful city of Vienna, Austria has seen over the course of 5 years now.

Under these circumstances RTTOS is throwing  a party and it´s FREE.
Just say “hi!” at party(at)roadtriptoouttaspace.com and receive your invitation.

Expect three exceptional Live Acts, a DJ Line that will crush you into pieces (low frequencies, stoner hooks, heavy shit, vhs-horror-disco soundtracks from technicolor-hell) and visuals that will have you pinch yourself wondering if “this is real life…”

The term Samsara is derived from “to flow together,” to go or pass through states, to wander. Mostly a great revolving door between life and death and a new life reincarnated cycle of life.

Samsara Blues Experiment are a Berlin based band, founded in Summer 2007 by leadguitarist/singer Christian Peters. As the band name implies three elemental aspects are to notice – the blues as the fundament where it all comes from, the inclusion of spiritual influences accompanied by Indian/raga music and the experimental approach to mix up varied elements in a convincing manner.

The band’s songs are dominated by a playful dual guitar work as well as a passionate blend of heavy psych, stoner and space rock.

Mars Red Sky stoke the fire of a voodoo mass with their 70’s old school riffs and their psychedelic groove.

Mars Red Sky have one of the most dragging grooves out there… If you start listen to them, you will be captured in an not ending rhythm cycle. At home you have to crank up the volume to the maximum, to get the whole experience; live they are taking care of that issue for you. 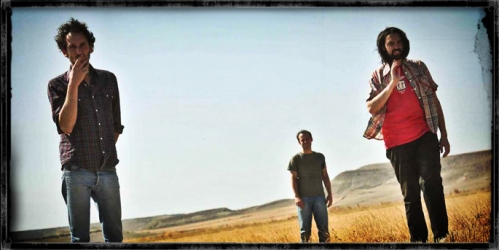 After one year of work, Sex On The Beach now release their debut album “POWER” on Noise Appeal Records. Not a single song on this record uses a conventional structure and time after time new surprises gently caress the listener. SOTB took away the noise from noise rock to endow it with more force; gave sterile electronic music some life to make it more savory for long-haired rockers wearing leather jackets. Dull conceptionalism gets what it deserves… – because it’s not about jagged sketches, it’s much rather about – POWER.