No band deserves as much credit for keeping the gospel of classic Black Sabbath-derived heavy metal (not to mention bell-bottoms) alive during the ’80s as Chicago’s Trouble. And while the group’s legend never exceeded cult status, their work would serve as inspiration for an entire generation of ’90s bands in the thriving underground doom/stoner metal scene. Trouble was formed in 1979 by vocalist Eric Wagner, guitarists Bruce Franklin and Rick Wartell, bassist Sean McAllister, and drummer Jeff Olson. Drawing deeply from Black Sabbath for inspiration (with occasional nods to the psychedelic sounds of the late ’60s thrown in for good measure), the band forged an uncompromising brand of classic metal all their own, made more unique by their gloomy down-tuned riffs and spiritual lyrics….

The band toured throughout the Midwest during the early ’80s before signing with Metal Blade Records and releasing their amazingly mature eponymous debut (later referred to as PSALM 9) in 1984. The equally impressive (and even more depressing) THE SKULL followed in 1985 and reflected singer Wagner’s struggles with substance abuse as well as the growing turmoil within the group.

A three year haitus followed. Luckily, just when it seemed that Trouble’s fortunes had run out, the band was snapped up by Rick Rubin’s visionary Def American Records for whom they recorded another self-titled album (TROUBLE) in 1990 with Rubin in the producer’s chair. 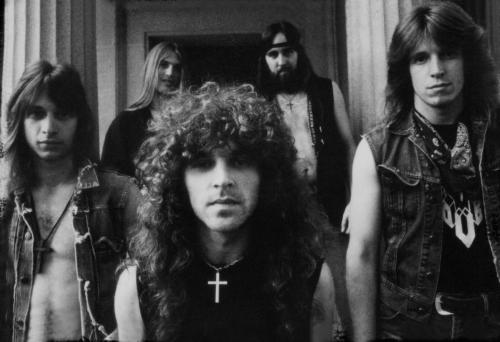 More experimental than previous efforts, the album (featuring new drummer Barry Stern) expanded upon the group’s tentative psychedelic notions of the past while abandoning none of their thunderous power chords. Encouraged by a euphoric response from the media, the revitalized group embarked on a year-long tour, expanded their fan base considerably, and returned to the studio with every intention of making their next album the one that would push them over the edge. Sure enough, 1992’s stunning MANIC FRUSTRATION realized all their creative ambitions, delving even deeper into Beatlesque psychedelia and featuring some of Trouble’s most aggressive, energetic performances ever. But when the album still failed to connect with a wider audience (due perhaps to the grunge revolution that made metal a bad word in 1992), it seemed that Trouble had apparently missed their last window of opportunity. 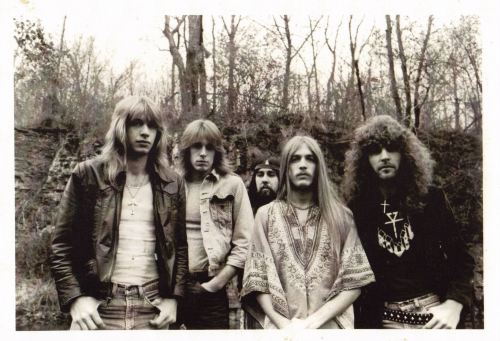 From Gothenburg, Sweden, hails vintage hard rockers Horisont. With their mix of the early 70’s heavy rock/metal and NWOBHM they have found their own genuine sound. Their debut album was released in 2009 by Crusher Records and have since then been out touring heavily. In 2011 they were signed by legendary Rise Above Records and are now ready to face the crowd with new material.

“HORISONT rocks harder than a ten ton bag of lead rock salt. And ‘Second Assault’ will blow your balls off” – Rockthought.com

“Old school super sludgy riffology with blues wailin’ vox”. It would be foolish to argue against such a statement. You’ll find the sound that brought together four guys with very diverse musical tastes and backgrounds. One of the things the band members all dig on the same level is the harder bands that came out of Seattle in the early nineties. So, all put together, with a few added ingredients, you get the heavy stoner riff galore with strong melodic vocal parts that honor the harmonic complexity of the grunge era.