Godfathers of Sludge and Ultra Heavy Riff Monster from New Orleans EyeHateGod will melt faces once again !
While not being in a hurry to release a new album in the near future they recently unleashed an unholy live dvd on to the public.
This highly recommended visual assault also features expansive footage from their show at the Arena last year.

From the Land Of The Rising Sun come these not so jolly murder-obsessed Sabbath freaks, Church Of Misery. Born back in 1995 out of a love of early 70s Hard Rock and traditional Doom Metal, Church Of Misery set about assaulting ears and minds the world over with their notorious dedications to some of the sickest known serial killers in modern history; Denis Nilsen, Jeffrey Dahmer and Richard Ramirez to name but a few. 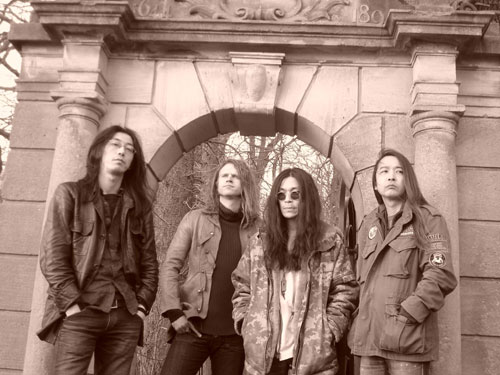 This combination of disturbing lyrical imagery infused with their frantic brand of Wah Wah driven Acid Metal conjures up images of a latter-day Manson Family sitting around in blood-spattered tie-dye contemplating their next sinister move. Whereas other left field Japanese rock bands such as Boris, Melt Banana, Galhammer, Boredoms and have managed to achieve a reasonable amount of media coverage and live status on European shores over the past couple of decades, the activities Church Of Misery seem to have remained encased in a morgue of confusion and mystery.

Torn from Earth is a new band hailing from Budapest, Hungary. They play sludgy Post-Core and keep their sound raw and dirty.
www.tornfromearthhbp.net

Unfortunately The Gates Of Slumber had to cancel the entire European Tour.